The documents, with classified material that the agent said would "have a huge interest to militia and terrorist organizations," allegedly had been stolen by Davila's ex-husband, Rafael, a former military intelligence officer with ties to the radical right. But though the indictment of the Davilas mentions Lyons, he was not charged in the case. Denying any connection to espionage, Lyons fired off a lengthy press release accusing authorities of collaborating with his critics in a "ritual tarring and feathering.

Lyons acknowledges that Deborah Davila attended his wedding in at the neo-Nazi Aryan Nations compound in Idaho, but says she was invited only because his bride had met her through a Scottish dance group. His one other contact with Davila came in , he writes, when she joined some of his associates at the Stone Mountain Ga. Highland Games.

You should be asking questions about these three options…

But that hasn't stopped him from rendering judgment: "Deborah is a nice girl," he told The Associated Press, "but she doesn't have the brains to be a spy. The FBI apparently disagrees. Davila could face life in prison for allegedly shipping boxes of national secrets — so sensitive they were supposed to have been read only in special debugged huts at highly secured military installations — to antigovernment groups in Texas and Georgia as well. 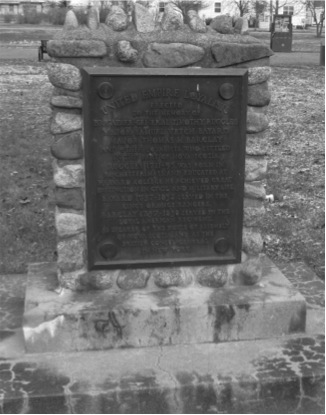 Pak's book is an excellnt resource for students and teachers in a variety of disciplines. Historically oppressed groups have known this all too well and for much too long. Only it wasn't imagined, it happened.

Theres much to be learned from the story Pak tells here, with skill and compassion, about what schools can do and what they cannot, the courage of young and old in the face of catastrophe, the persistence of racism amidst democratization, and the difference school teachers and principals can make. Her text provides a comprehensive understanding of the historical, sociological and psychological context of the internment and its impact on junior high Japanese Americans.


Pak's research carefully documents the lives of junior high Japanese American students from Seattle and their hard reality with societal and institutional racism. The voices of American-born children from the Nikkei community exhibit grave sadness and strain as they attempted to understand how their country which espoused the values of equality and freedom could have incarcerated them for no reason other than they were of Japanese ancestry.

An excellent resource not only for professors in history, Asian American studies, ethnic studies, political science, and sociology, but also teachers. American high school students who struggled to reconcile simultaneous loyalties to the principles of democracy, equality, and patriotism, while at the same time experiencing the realities of forced internment, discrimination, and racism. It is must reading for those seeking to understand the effects of war on the capacity of young people to make sense of the world.

She not only gets at what Japanese American children were being taught in classrooms, but forces us to rethink what we knew about this groups' struggle with forming an American identity. Finally, this critical chapter in Japanese American history has its historian.

With sensitivity and grace, Yong Pak reveals the poignant voices of schoolchildren struggling to understand a decision and event that seemed to contradict the very purpose of their education. An excellent resource not only for professors in history, Asian American studies, ethnic studies, political science, and sociology, but also eachers. This background research made it possible for Pak to give a thick description of the children's letters, which allows the reader to apprehend the multiple levels of meaning encoded in seemingly simple words.

This book offers an answer in the affirmative. Request an e-inspection copy. Share this Title.